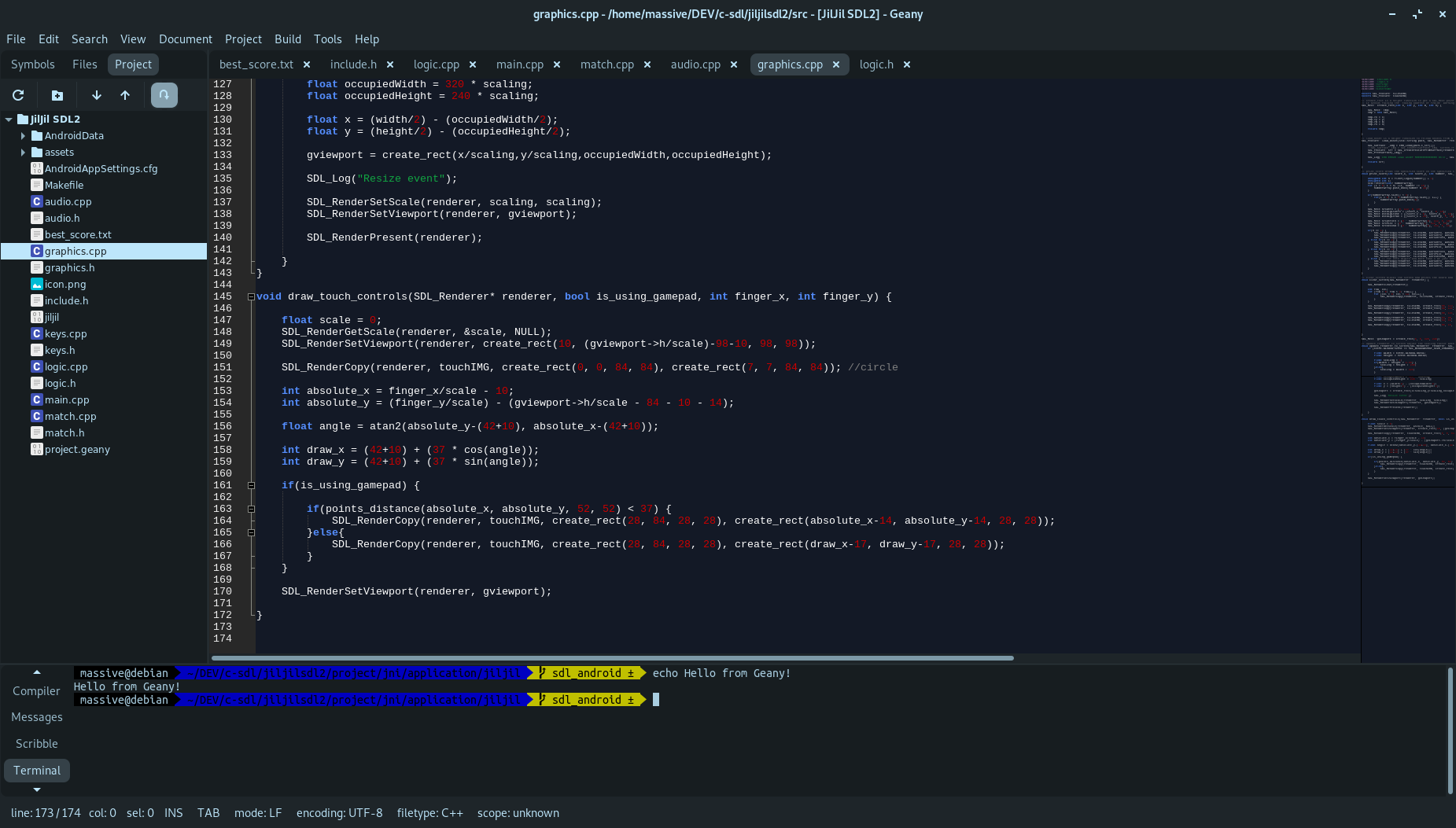 I've been using Linux for a while now, and my go-to plaintext editor has always been Geany. I've always used it to edit all kinds of plaintext files, like configs, school notes, etc., but before a couple of days ago I had never seen it as a proper IDE.

It was thanks to this video by DistroTube that I truly found out its full potential.

Since I mainly code in Go, I'm a big fan of GoLand by JetBrains. It's not FOSS (although some of its components are), but it's the best one, with lots of useful features, like the ability to see the documentation of external libraries right as you're calling some functions.
I do, however, code in other languages, and I've always used VSCodium (telemetry free version of Microsoft's Visual Studio Code) for that. It's not nearly as feature-rich as GoLand is for Go, but it does support more languages. After all the customizations I've made, I've fully ditched VSCodium for Geany.

By default, unfortunately, Geany seems to lack some love, but all can be fixed with a little tweaking. I heavily recommend you grab some themes from here and some plugins from here. On some distros you can find them in the main repository, for example on Debian you can get all plugins with apt install geany-plugins.

And yes, I do recommend you install all plugins. Just like the IDE, they're extemely lightweight, and you can always remove the ones you aren't using afterwards.

With some fiddling around, you will be able to find the best configuration to fit your workflow.
For example, I'm using the “Project Organizer” plugin, which enables a full view of the project you're working on, and adds some highly appreciated features like project-wide indexing and searching. I'm also using the “Spell Check” plugin, “Save Actions” and many more.

Unfortunately, Geany still has some limits. While I'm more than happy with it, I recognize it can't substitute some language-specific IDE like Jetbrains'. Simply, some features are missing, like function auto-completion, in-editor documentation, and a ton of other features.

With all things considered, I still want to recommend Geany as a great IDE for small projects. It's exceptionally lightweight (especially when compared to VSCode, which is based on Electron), has no telemetry, and is incredibly customizable.